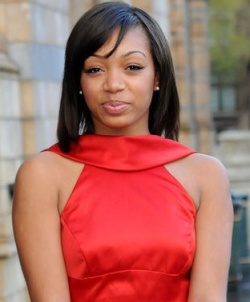 The black British actress stars in the short film ‘Black Girl In Paris’ which will air on HBO in March.

Based on the novel by Shay Youngblood, the film stars Tracey Heggins (Medicine for Melancholy) as a down-on-her-luck writer who experiences personal and sexual awakening thanks to a savvy prostitute, played by Zaraah Abrahams (Spike Lee’s upcoming Da Sweet Blood of Jesus).

Zaarah is also set to star in an up and coming Spike Lee project (Click here to read about it).