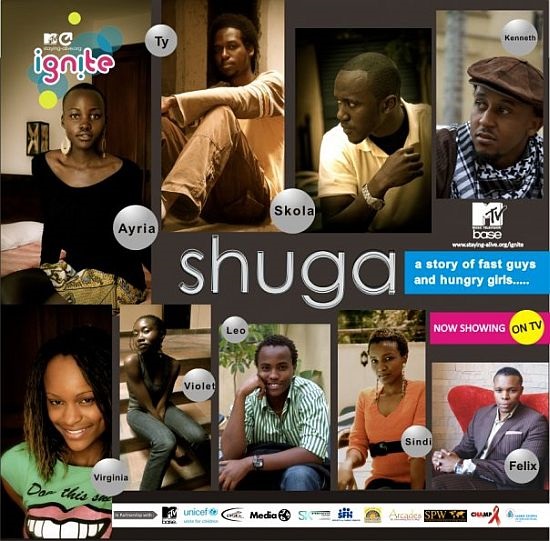 Shuga is a TV series that first aired in November 2009 on MTV Base as part of an initiative dubbed MTV Staying Alive Ignite! It was commissioned by MTV Networks Africa in association with The MTV Staying Alive Foundation, PEPFAR (The US President’s Emergency Fund for Aids Relief), the Partnership for an HIV-Free Generation (HFG) and the Government of Kenya, as part of a ground-breaking multimedia campaign to spread the message about responsible sexual behaviour and tolerance. It later became a hit and aired in 40 different African countries before it was aired internationally on over 70 television stations.

Series one of Shuga follows the lives and love of a group of young students whose bright lives and fabulous future’s are balanced on a knife edge due to their love of risk and some bad choices. This series focuses on a modern girl Ayira who knows what she wants and how to get it. She develops passion with an older man at the expense of a long time lover Ty. It also looks at the life of two lovers Virginia and Leo who face various obstacles in their relationships but are determined to make it work.