TWEET OF THE DAY: ALAN SUGAR VERSES TULISA – LORD SUGAR IS ABOUT TO TAKE IT TO THE STREETS (Hahahaha) 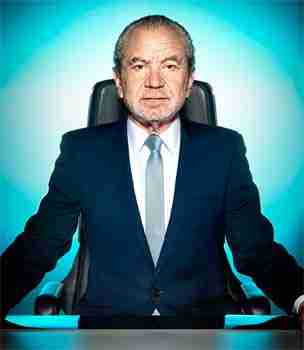 Millionaire businessman and TV personality Sir Alan Sugar has made no secret of his dislike for N-Dubz star and X-Factor judge Tulisa Contostavlos.

Lord Sugar thinks the singer is a weak X-Factor judge and tweeted the show’s creator Simon Cowell several days ago telling him to fire Tulisa because she doesn’t know what she is talking about. Tulisa replied by calling him a miserable old man (words to that effect).

Then today for some reason Tulisa got under Lord Sugar’s skin again and he tweeted the following:

Next PR stunt for @officialtulisa "My cat died of exhaustion and heart attack". SUN headline ‘Tulisa agonises over her worn out pussy’

But Tulisa is “URBAN” and from the “mean streets of Camden”. Tulisa is “ROAD” so he better watch his back.