US CONGRESSWOMAN SHOT IN ARIZONA 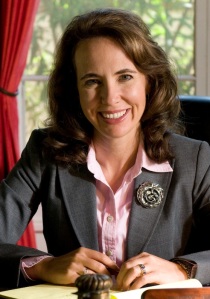 A US congresswoman has been shot in the head and five other people have been killed by a gunman in Arizona.

Democratic Representative Gabrielle Giffords, 40, was shot at close range during a public meeting in Tucson.

She is in a critical condition, but the doctor treating her said he was “very optimistic about her recovery”.

The dead included a nine-year-old girl and a federal judge. President Barack Obama said the shooting was a “tragedy for our entire country”. Continue Reading….

Rest In Peace to all those who lost their lives.