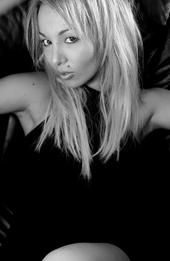 “TV Rap girl” Donatella Panayiotou has just announced that she will join MTV’s The Wrap Up as a new presenter.

Donatella, whose dad Angelo is a millionaire club boss, used to contribute/run the website, Grime Daily, but resigned after a shooting that left several critically wounded at the website’s first anniversary party.

At the time the tabloid press somehow got it in to their heads that Donatella was the intended target, and low and behold folks her profile went through the roof!

Anyway this is what the ‘UK’s no.1 “URBAN” music expert/presenter Donatella, had to say about her new gig over at MTV.

Via The Wrap Up

It’s nice to have a new challenge and I think The Wrap Up is amazing, so it’s great to be part of the team and working under the MTV umbrella. I’m fully in love with the UK music scene, there is so much talent here and we are dominating the charts right now and I just want to do all that I can do to help and promote the scene, as it’s something that I feel very passionately about…

From what I’ve heard Donatella’s presenting skills leave a whole lot to be desired.  But I always knew that a mainstream media organisation would snap her up after the Grime Daily debacle.

Donatella was always going to be offered a high profile job.

She will ride on that “URBAN” bus till the wheels fall off.