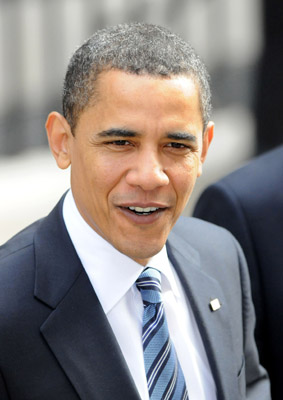 US President Barack Obama has won the 2009 Nobel Peace Prize.

The Nobel Committee said he was awarded it for “his extraordinary efforts to strengthen international diplomacy and co-operation between peoples”.

There were a record 205 nominations for this year’s prize. Zimbabwe’s prime minister and a Chinese dissident had been among the favourites. Continue Reading….

It’s a bit early in the day to be handing out a Nobel Peace Prize!  What has Barack done so far far to deserve such an honour?

“his extraordinary efforts to strengthen international diplomacy and co-operation between peoples” hasn’t exactly led to world peace yet.

US/UK Troops are still being sent out to Afghanistan, the war still rages on in the Middle East and the bid to promote nuclear disarmament hasn’t been a huge success!

OK so he hasn’t had much time yet, but at best this all seems more than a little premature.

Tagged as: a bit early in the day for all this?, is it deserved? America, Nobel Peace Price winner, President Barack Obama