UK NEWS: KERRY KATONA DROPPED AS THE FACE OF ICELAND 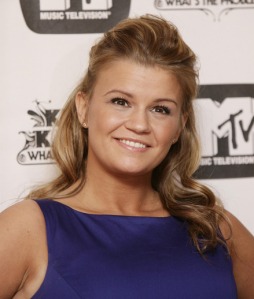 Kerry Katona has been dropped as the face of supermarket chain Iceland following allegations that she took cocaine.

The News Of The World published photographs and video footage of the 28-year-old mother allegedly showing her snorting the class A drug in her home in Wilmslow, Cheshire.

Iceland said that while the company had stood by the reality TV star during earlier personal difficulties, it was now “impossible” for her to continue in its advertising campaigns. Source

Kerry should have been dropped as the face of Iceland years ago.

They really stuck by her, but I suppose the pictures that were published in tabloid rag The News Of The World this past weekend was the final straw.