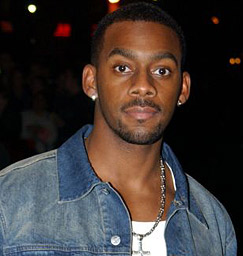 Wow…it looks like comedian/radio personality Richard Blackwood is about to do big things…..

Eight years ago Richard was banished in to the entertainment wilderness. But  he eventually managed to claw his way back up to the top again via Choice FM, and has now bagged a stage role starring along side the great James Earl Jones.