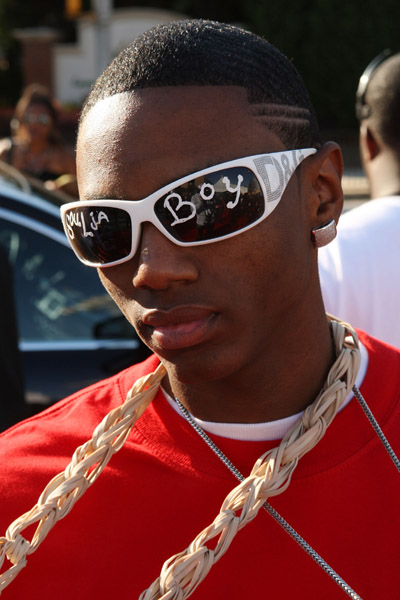 A friend forwarded this email on to me today and I am disgusted!

“I wanted to pass this information on, I didn’t know if anyone else was as behind on things as I was. Thanks to Tom Joyner’s show this morning with Kirk Franklin I was enlightened. Kirk Franklin said
he did not let his children listen to the song Souljah boy because of the words and the meaning of Superman. With that information I needed to find out exactly what superman meant other then the super hero.

I google searched Urban dictionary and put the word in and this is what I discovered:
Superman is when a guy ejaculates on a girl’s back and puts a sheet on her back.
When she wakes in the morning and stands up, the sheet is stuck to her back (like a cape) , you have officially supermanned that hoe.Watch Me crank dat Souljah boy now superman dat hoe.

My mouth is still hung open with shock – I had no idea.It pays to know what the kids are listening to and singing. Thats why I enjoy kids listening to disney (hannah montana ,
cheetah girls, jonas brothers, high school musical soundtrack) and i tend to sing along. ….call us white but they not singing about the before mentioned. Here is the link to the urban dictionary should you need to look up other slangs….

When I think of the number of young children who still get excited everytime this track is played and sing along to every single word, my blood boils. And come to think about it the line “superman that hoe” sounded so off, how come none of us (particulary parents) never called him out earlier?

They really did succeed in brainwashing us in to thinking that this was just a harmless, fun track aimed at the kids….. (shaking head…)

…I should have paid more attention…….

Souljah Boy and Collie Park both deserve to burn for this!