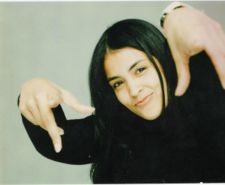 Thanks for link Nikki

(BlackPressMagazine.com) – Now that the dust has settled after winning an unprecedented $15.5 million judgment in a New York federal court against The Source magazine and former co-owners Raymond “Benzino” Scott and Dave Mays for sexual harrassment, Kim Osorio, the hip hop media veteran who climbed to the top of her industry, is ready to talk. In this exclusive interview with BlackPressRadio’s DC Livers, Osorio breaks her silence about winning the fight of her life, inking a lucrative book deal to detail her experiences while working at the hip hop publication and the long term plan that Osorio has for remaining a focus in hip hop media. Plus, Osorio addresses the rumors of her alleged relationships with hip hop celebrities while working at The Source.

You won’t hear this anywhere else. The exclusive interview airs on

BlackPressRadio.com on Monday, January 7 at 10 AM EST. To advertise in this podcast email blackpressradio@yahoo.com or call 301.637.2864.