QUOTE OF THE DAY: ICE CUBE 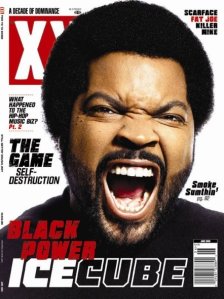 “Today’s artists are caught up in Soundscans and stuff that record companies should be caught up in. So, now, if Akon or T-Pain is hitting, they trying to roll the f**kin talk box in the studios. Artists are under a lot of pressure, cause they just got two, three, four hundred thousand dollars to do a record. This is more money than anybody ever handed them. So they feel obligated to let people in the studio that they would never let in the studio”.