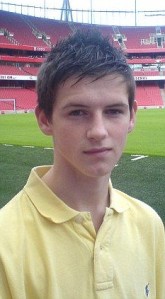 Two youths arrested over the murder of Ben Kinsella, who was stabbed to death in a London street, have been released on police bail.

Ben, 16, was attacked during a row with youths in York Way, Holloway, north London, at about 0200 BST on Sunday.

The youngster, the 17th teenager killed in London this year, died in hospital a few hours later.

His sister, Brooke Kinsella, who played Kelly Taylor in the BBC One soap EastEnders, said she was “devastated”.

Scotland Yard said it was thought schoolboy Ben had been at a party at the Shillibeers pub, in NorthRoad, when the row broke out with several youths.

One of the victim’s friends said Ben made a desperate phone call begging for help minutes before he died.

“He called me on the phone and just said ‘help’,” he said.

“He sounded really scared and then it just clicked off.” Continue Reading….

Every other week there’s news of a teenager being stabbed to death in London.

What the hell is going on???

All those youths out there who want to play at being ‘bad man’, going around sticking knives in to people for fun, taking lives and destroying families (including their own), deserve to suffer.

If they are caught with a knife on their person – 5 years maximum imprisonment.

If they are found guilty of murder –  30 years with no chance of parole.